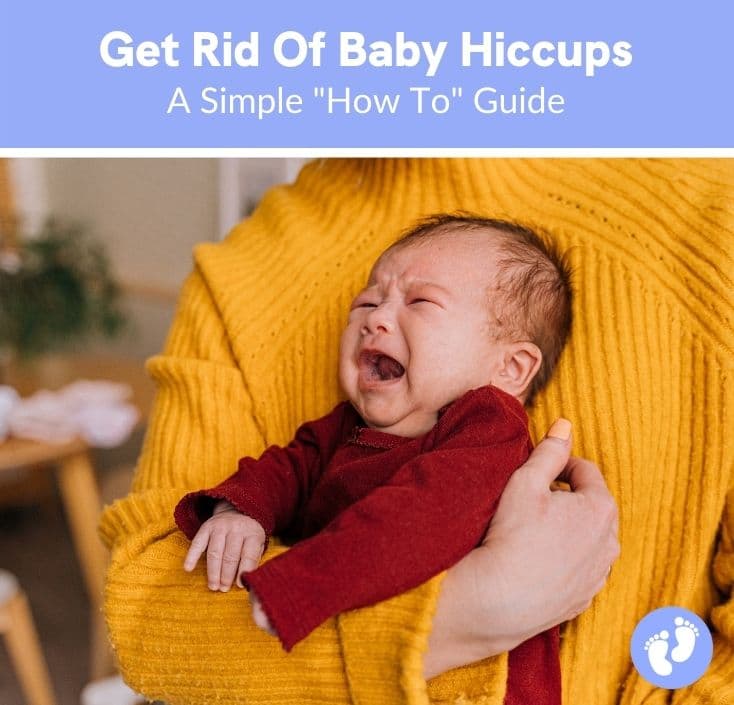 Get Rid of Baby Hiccups (A Simple Guide)

Looking to get rid of your baby's bothersome hiccups!?

In this edition of Baby Schooling you'll learn:

What's In This Guide? show
1 What causes hiccups in babies?
2 Are baby hiccups dangerous?
3 How safely to stop baby hiccups
4 Common myths surrounding babies and hiccups
5 Our final thoughts on baby hiccups

You probably felt them while you were pregnant and might even have chuckled at this sweet reminder of the precious new life growing within you.

Now that your baby is here though, you find yourself worrying about whether or not baby hiccups are normal.

If you’re a new mom, or even if you’ve been around the block a few times and and consider yourself a seasoned pro, chances are you have a thousand and one questions – and that’s just covering hiccups!

Do baby hiccups hurt? Are they a sign of something more serious? How do you stop them? Should you try to stop them?!

As mothers – both old and new – we worry about everything and hiccups are no exception!

In this article, we take an in-depth look at baby hiccups and everything you need to know about them.

What causes hiccups in babies?

Why do babies seem to hiccup more than the rest of us?

Hiccups (singultus, in medical terms) are a purely reflexive action caused by the sudden and involuntary contraction of the diaphragm – a thin layer of muscle separating the chest from the abdomen.

The force of these spasms causes the vocal cords to snap shut, producing the familiar “hic!” sound that usually accompanies these contractions.

Newborns are especially prone to experiencing hiccups (especially during or after feeds) and this is usually nothing to worry about.

It’s thought that younger babies generally hiccup the most because their digestive systems are still in the process of developing and learning to cope with the extra demands of newborn life (feeding, breathing, crying), most of which draw extra air into their tiny tummies.

Hiccups in babies are a frequent occurrence and it’s estimated that newborns spend as much as 2.5% of their time doing it! Baby hiccups can be caused by a variety of reasons, but are usually due to one of the following :

When your baby is very hungry, they might end up guzzling their feeds. This uncontrolled suckling is likely to result in too much air being swallowed, leading to hiccups.

This is especially likely if you’re bottle-feeding. Always check to make sure the nipple flow isn’t too fast. If the baby finishes a bottle in record time and still seems hungry, it’s a good idea to wait a while – chances are, your baby doesn’t realize they’re full yet.

This happens in both bottle and breastfeeding when your baby is especially hungry. If you’re breastfeeding, take some time to make sure your baby is using the proper latch technique to prevent the swallowing of excess air. If bottle-feeding, it’s always a good idea to to look for a bottle with a good air venting system. Also try to ensure that the bottle nipple stays full of milk when feeding as this will further reduce the amount of air swallowed.

While you can’t possibly ask your baby to stop crying (if only!), you might be able to reduce the length and intensity of these episodes by figuring out why your baby is crying in the first place. Many people use the Dunstan Baby Language technique of learning to identify the 5 different cries and some studies show there might be something to this. Although this method is far from being infallible, many parents find it helpful.

Your Baby Has Gas

This can be caused by a number of reasons. Swallowing air (through feeding or crying) and milk allergies are among the most common causes of gas in babies.

While hiccups are prevalent throughout all stages of life, no one really knows exactly why they they happen. Unlike other reflexive actions (sneezing – clears nasal passages, coughing – clears airways) hiccups don’t seem to have any apparent physiological purpose.

Some theories suggest that hiccups may occur in suckling mammals as a way to expel excess air swallowed while feeding, but there is no conclusive evidence to support this. So, for now at least, it seems we’re still in the dark when it comes to the true purpose of hiccups.

When should you worry about baby hiccups?

Hiccups in babies are generally harmless and some babies even find them amusing.

While it’s rare, sometimes severe, prolonged and frequently recurring bouts of hiccups may be linked to gastroesophageal reflux disease (GERD).

Varying degrees of reflux are seen in up to 25% of all babies and this condition will usually pass somewhere between the ages of 6-9 months, with most babies experiencing no reflux related symptoms by the time they reach 18 months.

While reflux in babies is common and not usually a cause for concern, severe cases will need to be addressed by your paediatrician.

If your baby experiences frequent and prolonged spells of hiccups (often wet), combined with the following symptoms, consult your doctor immediately.

Symptoms of gastroesophageal reflux disease include:

Some doctors argue that the LACK of hiccups may actually be a cause for concern. See the below video to see what we mean.

How safely to stop baby hiccups

Since nobody really knows why we get the hiccups, stopping them may prove to be somewhat tricky. Luckily, we do know what some common hiccup triggers are.

These are the most helpful ways to address them:

If hiccups occur during a feed, it’s likely a result of swallowing too much air. Pausing to burp your baby will help to expel trapped gas and may relieve hiccups. According to the AAP, breastfed babies should be burped before switching breasts and bottle fed babies will benefit from being burped after every 2-3 ounces of formula.

Here’s a great video we found to get started with burping!

Change positions with your baby

If your baby has been in a reclining or seated position and is experiencing hiccups, simply changing position or holding them upright might be enough to release hiccup inducing gas.

Use a pacifier or give them a sip of breastmilk

When hiccups aren’t brought on by a feed, introducing the suckling motion of a pacifier or a sip of breastmilk may help to relax the diaphragm and ease hiccups.

More often than not, your baby’s hiccups alarm you more than they bother them! Most cases will run their course and stop of their own accord, with no harmful side effects. If they don’t seem to be causing discomfort, there’s no need to intervene.

If your baby’s bouts of hiccups are frequent, prolonged and seem to be causing discomfort, it may be a sign of GER/GERD.

There are so many weird and wacky ways of curing baby hiccups out there and you’ve probably been advised to try one of these by a well meaning an older relative. While some are harmless, others should definitely be left where they belong – in the past! Please be aware that none of the methods listed below are recommended or backed by science.

We’re honestly not sure how this one is supposed to work… Maybe distraction? Well, darn it, anyway – we only have blue strings!

Wet a small piece of paper towel or a thread from your baby’s outfit, ball it up and stick it on your baby’s forehead

Oddly enough this one seems to be rather common advice from old-timers traditionalists. Even more strangely, many report that this actually works for them…

Give your baby sugar

For obvious reasons, giving your baby sugar is just never a great idea. Perhaps you’ll be so distracted by the side effects, you simply won’t notice the hiccups!

Give them a fright

Drop a cold key down their back

More wacky methods that you obviously (we hope!) should never, ever try on your baby (and probably not on yourself either!) include:

Our final thoughts on baby hiccups

Clearly the lack of understanding surrounding the function of hiccups means anything goes and the general advice seems to be: When in doubt, try anything and everything. Just NEVER on your baby!

We know that being responsible for a tiny person’s wellbeing can be incredibly scary. Thankfully, hiccups by themselves are one thing you definitely don’t need to worry about! 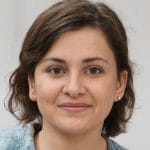 Review By Tamara May

Tamara is one of our may parents who contributes to BabySchooling.com. She has years of experiance with toddlers and babies. With her loving husband, she has a son and a daughter.
Related Posts
About Us

BabySchooling has made it our mission to provide you with the best, most actionable parenting information on the internet. From real parents with real experiences who knows what the best baby products are and what actually works when trying to get your baby to sleep at 3am.

This site is supported by our participation in affiliate programs and page advertisements. We are a participant in the Amazon Services LLC Associates Program, an affiliate advertising program designed to provide a means for us to earn fees by linking to Amazon.com and affiliated sites.
With this said, our moms only recommend products they would use themselves.

Go To The Homepage

BabySchooling.com is a participant in the Amazon Services LLC Associates Program, an affiliate advertising program designed to provide a means for us to earn fees by linking to Amazon.com and affiliated sites.