Home » Learning Center » Feeding Guides » Breastfeeding (Before and After)

As I prepared to stop breastfeeding with Dylan I was worried about how our relationship would change.

Would I still be able to give him the closeness and intimacy he needs?

Would we still snuggle as much?

Would I be as in tune with his needs and rhythms?

Would he suddenly stop being my little baby and turn overnight into a big kid who didn’t need me anymore?

Would he hop in the car and drive off to his first apartment on his own?

Wait, no. Not that last one.

But I did wonder how things were going to change. There’s no denying that breastfeeding creates a certain kind of togetherness that is unlike any other. We nursed continually for two and half years, still going strong until the very end.

We were very physically close, with lots of snuggling, cuddling, tickling, and back rubs. Physical closeness with him is very important to me, especially since Dylan is so big and I can’t carry him as much as I want to or as much as he wants to be carried.

It turns out that since stopping breastfeeding our relationship is… exactly the same.

We are still super touchy with one another.

I am just as keyed in to when he’s tired, when he’s hungry, and when he needs comfort.

He is still my sweet little boy who wants to be near me always.

Read Also: What are the benefits of breastfeeding

But I also think that breastfeeding can be built up too much, making it harder to see that the close mama-baby relationship is built on many, many actions and many, many moments.

Breastfeeding was a wonderful shared activity for me and Dylan for over two years.

It was part of the foundation of our positive relationship, but our relationship is its own thing that transcends any particular activity, even one as important as breastfeeding.

Breastfeeding was awesome, and now it’s over.

Our wonderful relationship has stayed the same.

Want more information on how to best care for your baby? Check out the below guides to get the most helpful baby tips and tricks on the internet. Powered by experienced mom's and dad's, Baby Schooling is here to help guide you through parenthood! 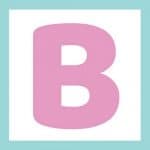